Unlike when you were preparing to start Kindergarten and there weren’t all of these options – a parent now has so many decisions to make: Public vs. Private, Traditional vs. Year Round, Magnet vs Charter Schools… the choices can be overwhelming and quite confusing!  But making decisions regarding rising Kindergarten’s education is one of the biggest decisions you’ll make. It’s important to understand the differences so you’ll be prepared to make the best choice for your child and your family. 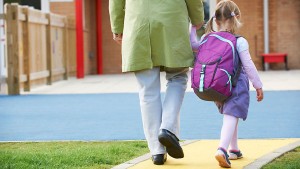 Traditional vs. Year Round

Years ago going to school year round would have been unheard of.  However, this is a now an attractive option to families for various reasons. The children are still meeting the same mandatory 180 day instructional requirement but in a schedule that is broken up throughout a twelve month period instead of nine solid months.  Because there are four inter-sessions that give children a two to three week break it allows families to vacation at different times throughout the year that aren’t necessarily peak holiday and vacation times. Some teachers claim that children stay more intellectually focused since they get a short break every nine weeks – enough to recharge them for the next challenge. Furthermore, advocates of this schedule claim that children avoid the “Summer Slide” forgetting much of what they’ve learned by being away from the rigors of going to school for three months.  However, for many the hiccup in one’s schedule every couple of months or so can cause more challenges within the family and with the potential of having children on two different schedules (for example one in elementary on a year round schedule and one in middle on a traditional schedule) it is often not a convenient option.

What is a Magnet School?

A magnet school is part of the public school system but they have something special and unique to offer the student body.  There are magnet schools at the elementary, middle, and high school level.  They receive additional funding and while they maintain the same core curriculum goals they have a focused theme that allows them to stand out and attract students with particular interests. For example, they might have a Spanish-immersion program incorporated throughout the school or stand out as a performing arts school.  Because it is considered a public school it is free but admission is based on a lottery system.  Supporters of the magnet school state that because the student body has chosen to attend the school there is a greater sense of overall commitment from the families.

What is a Charter School?

A charter school is also part of the public school system but unlike magnet schools they are funded primarily through tax dollars.   They have a different organizational model then traditional public schools as they are governed by a board of parents and community members.  Because of this structure they have some flexibility in their operations and the freedom to be more innovative in their educational approach.  In exchange for this benefit, however, a charter school is held to a higher level of accountability for their overall performance. There are charter schools in Durham County that go from Kindergarten through High School.  Admission is via a lottery system though just as with the magnet schools it is non-discriminatory and there are no tuition costs.

Of course there are numerous private schools in the area with excellent reputations.  The tuition costs of these schools vary greatly and because they are private they have an admissions process that differs from the public school system.  Many go through high school while others offer only lower grades.  They generally have a healthier teacher:student ratio thus their overall educational scores are impressive to families.  However, the rules and regulations along with the cost is not attractive to many families.

In the end, parents have to decide what’s best for his/her child as well as the family as a whole.  All schools offer tours during their enrollment period and the administrators are more than happy to answer questions regarding their programs.  It may be you choose one route and then realize you need to change your course and go a different one.  It’s a whole new chapter once your child starts Kindergarten and while change is always stressful – it’s also exciting and needed.  It’ll be a great experience no matter what!

The Children's Campus opened the Summer of 2005, and I was one of the fortunate parents to claim a coveted spot. It was love at first visit. I was a new mom and this was going to by my baby's first daycare. I was nervous and excited for the opportunity. Fast forward to present 2013 and I am still the biggest fan. Both my children have now been fortunate to grow, explore, learn, and be loved by this wonderful center.

Thank you for providing a safe, nurturing and wonderful environment for my children. Thank you for loving them as your own. And, thank you for creating a place that makes learning fun.

Thank you to Mr. John - "The Cooker" (as my four year old will say) for providing nurturing meals that apparently I can't top at home. "No, I want Mr. John's soup" is a common complaint at my house. That is okay because that means my child is eating during the day.

All three of my children have received wonderful care at Children's Campus - first at Southpoint (Durham) and then in Chapel Hill.

Going back to work early in an Infant's life is always tough but it has been so much easier knowing my babies have been truly loved. Leaving my youngest little girl was as close to stress free as I could imagine, almost like leaving her with family!

... I know that everyone at the schools, from the administrators to the teachers to the wonderful Cook, is truly invested in my children - looking out for their welfare!

We feel very fortunate to be part of the caring environment at Children's Campus at Southpoint. The hours are generous for parents who work outside the home and the flexible drop-off and pick-up times are convenient for those that work from home. Chef John prepares delicious and healthy meals and snacks and saves me from agonizing over packing a lunch every morning. The pre-k program prepared our oldest for a successful year of Kindergarten as well as a stress-free transition. From the 5-star educators to the friendly community we could not be happier with our decision to entrust CC with the care of our children.

I've had 3 children at Children's Campus at Southpoint, from infancy through pre-k, and my favorite thing is that these teachers really love their kids. If you take a tour, you'll see how clean and well organized it is, and they'll describe the great educational programs and tools and activities that they have. The reason we sent all 3 kids there, though, is that we know that the teachers care about our children as individuals - they know them, they pay attention to how they're doing, and our kids love the teachers back. It's wonderful.

Both of my kids went here and we loved it. The teachers were kind and engaging. I really felt like my kids were cared for and loved for the unique individuals they are. Also, they were both more than ready for kindergarten when they left. The Children's Campus made learning fun and the whole staff felt like family. Years later we still feel like it is a second home and still like to come and visit the wonderful teachers and administrators.

Inna S, Chapel Hill
Learn more about our preschools!
Tell us know what you're looking for and we'll provide you with more information about our centers and programs.
Contact Us
Quick Links
School Locations

Children’s Campus aims to provide children with the tools and guidance necessary to achieve maximum cognitive, physical, social, emotional and creative development. We currently have two preschool locations at Southpoint in Durham and Chapel Hill, NC. A third child care center will open in Chapel Hill in 2017. 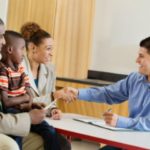 Teacher Appreciation from a Parent
Unity By Cleo V. Swarat I dreamed I stood in…
Read More » 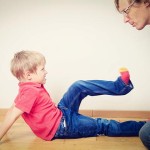 Strong Willed Preschoolers – How to Channel that Spirit!
Do you have a strong willed Preschooler?  Chances are she…
Read More »
Copyright © 2021 Children's Campus. All Rights Reserved
Website Design + SEO by TheeDigital